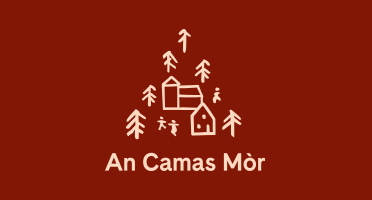 An Camas Mòr is planning a vision for people’s enjoyment of the outdoors as part of the ‘Recreation Management Plan’ that we must submit to meet the planning conditions. This is an opportunity to tell us about the new recreational facilities that you wish for in the area.

The ‘Recreation Management Plan’ will be a robust plan which demonstrates that An Camas Mòr can meet the aim set out in the Cairngorms National Park Authority’s Habitats Regulations Assessment that there should be no effect on the integrity of any Natura sites. The formal consultation process will be agreed with the Cairngorms National Park Authority- but we have been informally asking people for their views at facebook .

In response to misreporting, we must state that ‘The Habitats regulations Assessment’ is solely the Cairngorms National Park Authority’s legal responsibility. An Camas Mòr was not consulted on the inclusion of byelaws.

Why consult our community?

We believe that in order to best protect rare species, we must arrive at a consensus, together as a community, because this is likely to be the most effective way of making sure people do the right thing to conserve our wildlife.

What we see other people doing, who we come into contact with, how people feel about wildlife and what their friends think is the right thing to do are also among the main causes of what people actually do.

It is strongly in our collective interest to do the right things to conserve our natural heritage. Our local economy depends on people coming here to appreciate and enjoy it and we are all proud to take care of the forest and its’ wildlife.

The vision for nature at An Camas Mòr

The design for An Camas Mòr was shaped by the architects in collaboration with the community, at a series of public meetings between 2005 and 2009. The community’s wishes included ‘back garden nature reserves’ and ‘keep the trees’ ‘less dependence on cars’ ‘biking’ and ‘walk to work’.

The vision is for a village in the woods based on a traditional Badenoch and Strathspey village, where people can enjoy a connection to nature. Home, work school, the shops and the forest will all be within five minutes walk for a more sustainable and affordable way of life. The village will have ‘biostrips’ ‘green crossings’ and ‘wedges of trees’ coming into the village centre- so residents will experience daily encounters with nature and enjoy the benefits on health and wellbeing. If people feel a connection to nature, they will be inspired to look after it. This way, the design can make a positive contribution to successfully meeting the conservation aims that come part and parcel of living in a special area with rare species of wildlife.

What do Capercaillie have to do with An Camas Mòr, if there are no birds at the site?

The Planning Permission in Principle for An Camas Mòr was approved on the condition that there will be no significant effect on Natura sites, where there are Capercaillie.

The Cairngorms National Park Visitor Survey found that 94 out of every 100 visits to the countryside in the National Park are from people who live outside the Park’s boundaries.

Locals are such a small minority of recreational users that our visits to the countryside will have a minor marginal effect on the overall numbers of people visiting Natura sites.

A number of different things will change visitor numbers to the countryside over the next 30 years- for example, the fall in the value of the pound is likely to attract more tourists- people who live at An Camas Mòr will always be few in comparison.

Scientific research into Capercaillie finds that certain kinds of activity in Capercaillie habitats are associated with a loss of territory.